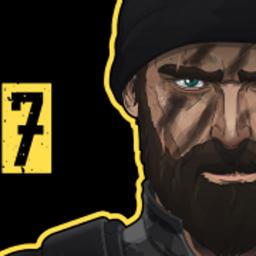 17+ NOT SUITABLE FOR CHILDREN!

• SIERRA 7 puts you in the boots of a tactical operator caught in the middle of a war.

This is not a mission for the weak hearted. You will be put in the line of fire against a tough and determined enemy with ties to Militia leaders and madmen willing to die for their cause.

Are you the right man for the job?

• SIERRA 7 is a Tactical On-Rail First Person Shooter.
The super-stylish minimal aesthetic allows you to focus on varied
and randomized fire-fights, which perfectly blend realism and arcade
gameplay together in a fast, exciting and intense experience.

Unlock a variety of realistic and lethal firearms, and travel across the globe to unique locations where you will engage in tactical First Person Shooter combat against the randomized and unpredictable enemy types.

I love it but a few suggestions

So I love the gameplay, the enemies and stuff but I have a few suggestions. First, your NOT SUITABLE FOR CHILDREN warning lies cause I’m a child and I love it. Anyway I think it would be better if first of all you could have another mission that after the text it says you need to defend a person and…

This game has been incredibly fun however i wish there were more levels being added and more firearms! Also I wish that a lot of the weapons weren’t locked behind a pay wall 😕