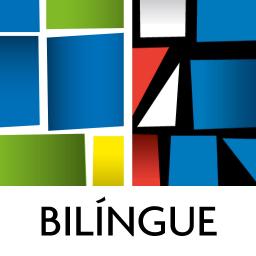 Made with scientific and lexicographical rigor, both dictionaries are updated with terms created due to the development of science and technology, and new words used in the many communication medias, including regionalisms, colloquialisms and slang.

The application was created using state-of-the-art technology, presenting results immediately when querying for a word, with a clean and objective user interface optimized for iPhone/iPod and iPad.

The complete contents of the dictionaries uses only a small space in your gadget, and does not require Internet connection.

These are the main features of the "Michaelis Dicionário de Português e Inglês":

• complete contents without requiring Internet connection;
• more than 167,000 words and 350,000 definitions (Portuguese dictionary);
• more than 330,000 translations, 350,000 expressions and examples (English dictionary);
• more than 47,000 examples and accreditations; more than 27,000 expressions;
• audible speaking of all words via TTS (English dictionary);
• syllable division of the entries;
• references to more than 100 areas of knowledge;
• part of speech and government of verbs;
• etymology of the words, detailing its origin and structure (Portuguese dictionary);
• plurals, feminines, irregular augmentatives and diminutives;
• idiomatic expressions and slang;
• complete conjugation of all Portuguese and English verbs in the dictionary;
• synonyms and variants;
• extra texts (Portuguese dictionary):
– rules of syllabic division;
– usage of crasis, punctuation and capitalization;
– forms of address, collectives, and verbs;
– new Portuguese orthography;
• extra texts (English dictionary):
– tables of mathematical symbols and numbers;
– conversion tables of weights and measures;
– gender, collective and voices of animals;
– proverbs and popular sayings;
• definition lookup from other apps;
• advanced query for Portuguese by spelling approximation;
• recognition of more than 1,250,000 verb conjugations;
• recognition of plurals, feminines, superlatives, augmentatives and diminutives;
• query by beginning, ending, or middle of entry or by definition of the entry;
• option to configure the colors of information displayed;
• history, bookmarks and index of entries;