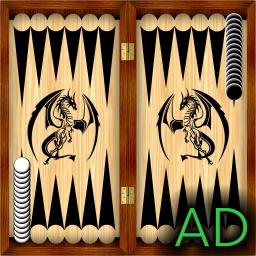 Nardy is a board game for two players in which the playing pieces are moved according to the roll of dice. It's similar to backgammon, uses the same board, but it has different initial positions and rules.