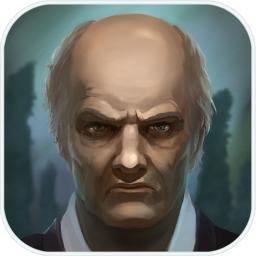 Who Is The Killer (Episode II)

"We would personally recommend everyone to try this game, especially those who love brain teasers. You’ll love it!" — Gameographics

What the people say about 'Who Is The Killer?' game series:

'It's not like those one way stories, it really gives you the freedom to investigate by yourself!' (abighoul)

'Just when you think you know who the killer is, your suspect is found dead!' (Moonwave2315)

'A really unique game which gives you a real sense of deduction!' (nicholas derecourt)

Welcome to the much anticipated Second Episode, it won't be possible not to release it after success of the first part.

Description of Episode II in comparison with the first part:

-The plot is more complicated. Everything is not so obvious now.
-Some parallel stories, but only one will lead to the killer.
-Pictures from the scene, can be studied with a magnifying glass. This is not a standard game "find the hidden object", each piece of evidence is important for further investigation.
-The main game with words is changed, because many players found it boring.
- Two beautiful melodies and the rain outside, reinforce oppressive atmosphere.

This original game is based on classical english detective rules in the tradition of Sherlock Holmes. Everyday someone dies and you need to figure out who is the killer using the logic. Everybody has a common mystery story of the past. Everybody could have a motive to do this. And you have only seven days to stop the murderer.

It is not a generic adventure game — there is no happy end in this scenario, you can either win or lose the game (if everybody dies).

Speak with characters, investigate crime scenes, guess who lies, look at your dreams to find clues and try to arrest the killer and send him to jail before it’s too late.

— A new murder every day
— Several original mini-games and puzzles
— Old mystery background story
— Original gameplay for those who like to think.

Visit it to find how to gain additional Energy in game every day.

1. Some reviews may contain spoiler. Think twice before read them!

2. PLEASE do not tell who is the killer in reviews! You can breake other people fun with it! Thanks in advance!

I’d really rather just pay up front than get nickel and dimes to peck my way through a game.