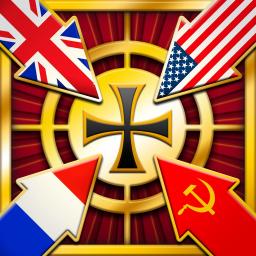 The game contains all the campaigns and scenarios added to the original game with updates, as well as new scenarios including an operation in Antarctica against the remaining troops of the Third Reich.

About the original game:
In Strategy & Tactics: World War II, you battle impressive AI enemies across several campaigns with a classic turn-based battle system and serried ranks of historically-accurate troops. Fight your way through over 30 missions with an exсiting storyline and charismatic characters across Europe, Asia and Africa, research new technologies to improve your troops and build industry, and lead your armies to victory.
If you manage to finish all that, there are also skirmish games, several classic scenarios, plus hot-seat mode. All this displayed, in a highly-detailed, powerful but simple to understand interface.