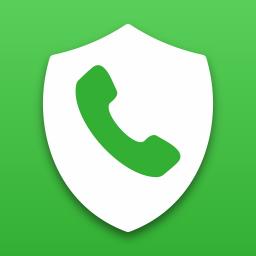 Do you get unwanted calls or text messages from phone numbers similar to your own? With Number Shield, block an entire group of numbers at once. Just enter a wildcard for each digit you want to block.

Use the "Allow Contacts" option to make sure you don't miss calls from your family and friends.

• Each number pattern can contain up to 7 wildcards, and up to 50,000,000 phone numbers can be blocked.
• Blocked calls are sent directly to voice mail.
• Blocked text messages are sent to the “Junk” filter in the Messages app.
• iMessage messages are not blocked.
• When “Do Not Disturb” is enabled on your phone, calls that should be blocked may appear in your phone's list of missed calls.

More information about caller ID spoofing in the United States is available from the FCC:

This is a great solution for most spam. However, it is limited to 50 million entries. This is a limitation of the system and not the software. My gripe is it must reload after making any changes to contacts. Every time I open this App it wants to reload and therefore disabling my phone for about 25 …

the numbers I blocked, get through sinceVersion 3.0 installed. iOS 15.5

This app worked great until recently. It randomly stopped working. Went back into settings and had to re-add this app as the blocking source. Still doesn’t work. Please fix this issue right away.

Not compatible with IOS 15.5

I’m on the latest version of IOS 15.5 and I cannot get past the Number Shield message telling me to go to Settings -> Blocked Numbers to enable Number Shield. IOS 15.5 no longer has the same menu path that the software says to use. Going to installed software and selecting Number Shield doesn’t help…

Stopped working after a week

The app worked like it was meant to for about a week. Then the app glitched and it stopped blocking calls all together. Customer support told me it’s a glitch between the app and iOS. Only solution was to factory reset my phone. Not what you want from a paid app. Looking for another one.