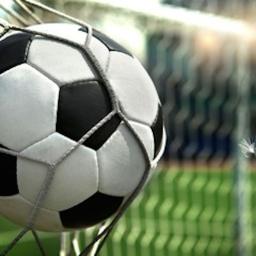 Check out the number one soccer app Football TV for all iPhone, iPod Touch and iPad devices !
This application provides live TV coverage, online links to games coverage, and schedules' details for football that is happening in the current week for all football teams around the world. Also, this application provides the current week's games schedules for the English League, The Spanish League, and the Italian Serie A games in addition to the teams stats in the three leagues mentioned above.
The Games Schedules section includes games of the world's best leagues such as
- BRAZIL 2014
- EURO 2012
- UEFA Champions League
- UEFA Europa League
- English League
- Spanish La Liga
- Italian Serie A
- German Bundesliga
- France Ligue 1
- Mexican League
- Brazilian League
- Argentinian League
- MLS
- Portuguese Premira Liga
- Austrian League
- South African League
and much more.
The schedules provide information about the day the game is on, what teams are playing (home team and away team), the time of the game in your local time, the channels showing the game, and the competition that the game is for. For example, Arsenal will be facing Udinese on 1:30 AM 26th November, 2011 EST , so the information for the game for the user in PST zone will be as follows.
*Udinese vs Arsenal* (Live)
- Play Time: 10:30 PM, Nov 25, 2011
- FSC, Setanta Sports Canada, Sky Sport 1 Germany, Sky Sport HD 2 Germany, Sport.TV2, SuperSport 3, SuperSport HD
- Competition: UEFA Champtions League
This information is absolutely priceless, as it tells the user all available games for the week days of that week, the time for each game, whether the game is Live or Repeat/Delayed, and the channels showing those games, in case you would like to know what channel is showing what game. Buying this application is a no brainer if you are a football fan. You don't have to live in a specific part of the world for this application to give you valid information. All times are in your local time.