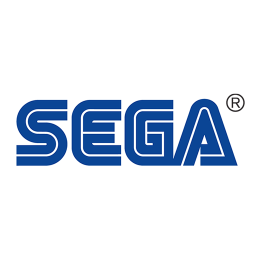 Celebrating the 30th anniversary of the SEGA Genesis, SEGA Classics is the most extensive SEGA collection available on any streaming media player! SEGA Classics is a bundle of 25 SEGA games that you can play right on your Fire TV without having to purchase a console, buy a controller, or juggle HDMI outlets.
Play your favorite games like Sonic The Hedgehog, Streets of Rage, and Golden Axe with your friends and family this holiday season! Rediscover retro titles from SEGA’s heyday including games with multiplayer support. All games in the SEGA Classics collection can be played using your Fire TV remote or by pairing your device with a HID Bluetooth controller.
A closer look at the SEGA Classics:
Sonic The Hedgehog - Remastered - Blaze by in a blur using the Super Sonic Spin Attack. Loop the loop by defying gravity and even spin around in a 360° rotating maze.
Sonic The Hedgehog 2 - Remastered - Sonic's back and better than ever with his new fabulous friend Miles "Tails" Prower!
Sonic CD - Remastered - Hard action, stunning graphics, and mean music make this Sonic's toughest challenge ever!
Sonic Spinball - Sonic spins into pinball pandemonium! Strap on your Power Sneakers for all new Sonic moves!
The Revenge of Shinobi - You are Musashi, master ninja. Now you must destroy the vicious army of Neo Zeed!
Streets of Rage - The city's a war zone, and ex-cops Axel, Adam, and Blaze are going out two at a time to give the gangs a kick in the guts.
Streets of Rage 2 - Skull-crushing ex-wrestler Max Thunder and new thrasher Skate join original rumblers Axel and Blaze to take on the streets!
Streets of Rage 3 - Fight your way through eight white-knuckle levels to decide the final outcome with new characters, new moves, and a new challenge!
Altered Beast - Infiltrate the Underworld with the power to transform into mythical creatures with supernatural strength.
Golden Axe - Battle invaders on the back of a giant turtle. Fight on the feathered wings of a soaring eagle. Conquer and ride flame-spewing monsters to victory!
Golden Axe II - Kick, hack, and hurl away enemies in the struggle to recapture that legendary symbol of peace, the Golden Axe.
Golden Axe III - Chaos is spreading across the land once again as the Prince of Darkness arises to conquer the world.
Comix Zone - Play as Sketch Turner, a street-wise comic book artist who gets trapped in the comic book world of his own creation.
Ristar - Ristar is his solar system's last hope to restore peace to seven once happy worlds and free his father from evil space pirate Greedy!
Beyond Oasis - Ali must unleash the powers of four Wild Spirits to stop the resurrection of a ruthless sorcerer and save the empire!
Decap Attack - You're Chuck D. Head, and you're beheaded for a bone-chilling adventure against all manner of ghouls, goblins, and creepy creations!
ESWAT: City Under Siege - Be the ultimate crimebuster as you work your way up to become an awesome supercop - more machine than man!
Gunstar Heroes - The peaceful planet of Gunstar 9 has been invaded, but two brothers vow to destroy the evil power that threatens it.
Dynamite Headdy - Hot-headed Headdy gets into some real head-banging to thwart the Dark Demon's devious deeds.
Dr Robotnik's Mean Bean Machine - Unite four beans of the same color so they can stick together and escape the evil Dr. Robotnik's grasp!
Columns - Tinker with your riches to align glittering jewels across, down, or diagonally.
Bio-Hazard Battle - Command Plasma Rings, Implosion Pods, and Seeker Lasers to blast mutoids into oblivion!
Alien Storm - Shape-changing aliens have taken over your city. Fry the slimy horrors and smash their bid for global conquest!
Bonanza Bros. - Mike and Spike Bonanza, burglars for hire, will stop any wiseguys making your life miserable.
Gain Ground - It's up to three brave fighters to rescue hostages and destroy the central computer of a system gone haywire.