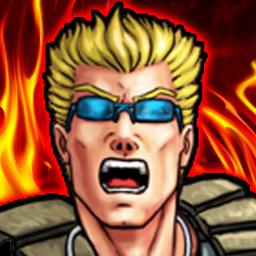 Game of the week - Touch Arcade

'Massive screen-sized bosses who spew more bullets than you can count.'
-Pocket Gamer

Operation Dracula is a rip roaring bullet hell shooter that will scramble your brain and your fingers!
Its an over the top arcade shoot-em-up inspired by the classic shmups.
This all wouldn't be complete without the awesome 80's style 16 bit pixel art and fantastic Japanese style soundtrack.