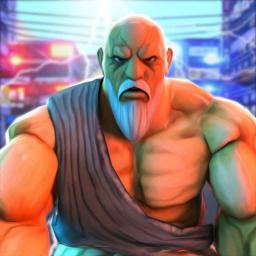 LEGENDS Of Gangsters Fighter
Raise clans of criminals Fighter Open World is High Classic Legends Fight Arena Incredible Crime Simulator.
Street Raw Fighter Fight for their Raputation to become Legends of Gangster Fighter.Jumping and flying The rivalry between criminals and hero takes a new twist.
Its A Western Fight to win the mafia war!Rival gangs and stealing Kicks addictive CASINO GAMES.
The great western old world shows the picture of a battlefield. Mafia gangs and gangsters started the mafia war in the west world.
you can exhibit his shooting skills as a MMA mafia first hunter and fighter to defeat the mafia gangs.
In Miami a villain appeared and even the police cannot win over thim.
Explore various modern Technique in this frontier mission.Dreams of being champ will clash with a world of theft
mixed martial arts star Legend saves the city from mafia , criminals, terrorists, gangs and Fighters.
Try yourself in the role of a City Hero in a dynamic simulator. Your big hunk Hero drives the car to chase the criminals and taken to the police station.
mafia game Gangstar dangerously fun and overwhelmingly rich trip to the City of high Sin.
Enjoy everything Vegas has to offer.
You have been chosen to bring the peace back to the Street.You can be reincarnated as the king of the Street.
duel & beat the gangs,Hero Legend is the ultimate fun to play, you are hero of people.
Protect your city from a sinister and exponential evil.Explore the crime city, full of gangs and aggressive fractions.

Rescue the great western from the wrath of enemy gangs and terrorists.
Stunning 3D graphics and audio effects will boost your stamina to win the mafia war.For fans of action games with fighting.
The cartel and gangs are into some serious evil businesses.
Fight off, Gangsters, truly working against the war hero. Chase the crime like a super hero.