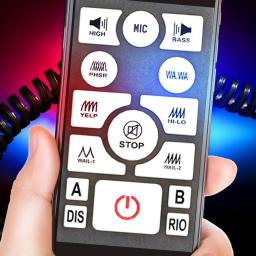 This simulator was created as entertainment for lovers of various sound sirens.

In the application, there are special signals for quacks flashers, real 3D models are used with the console, animation buttons, a convenient and intuitive interface are made. For each radio there is an instruction the buttons. In manual siren, real quality sounds are used.

There Is A Whole Ton Of Ads