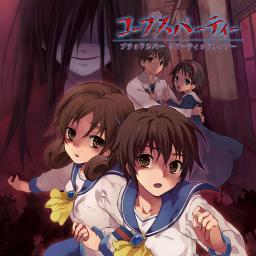 * The super-controversial story of the member game community subject said for consumer-game-izing to be impossible!
* The stage is the different space "Tenjin elementary school" which was closed down by the ghastly murder case 30 years ago!
* Fear experienced by the thing to investigate, and about which it speaks!
* A sound is a full voice which raises presence!
* The total play time is the volume exceeding 20 hours!

■ The operation method
At the time of movement
A 2 finger tap (or pinch in), lower swipe: Menu display
tap: It investigates,talks
pad:movement

At the time of a menu display
Tap: Determination

■ Game story
Closed school confinement tour of night smeared with blood ...
Four children, the continuation kidnapping and the murder case which were cursed and which learned and the cursed school building "Tenjin elementary school"
The festival of the body in which it was sealed 30 years ago revives in the present age!
The spell which the chairperson of a ghost story lover has found "fortunate Miss. Sachiko."
The true character was a ceremony of the curse which was closed down by the past ghastly murder case and which is twisted to different space "Tenjin elementary school" if compelled.
Fate of the students who were confined by the worn-out old school building sure enough, and had make-or-break power have? ......