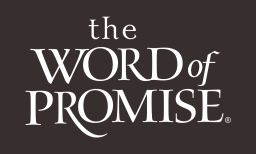 Bible - The Word of Promise®

Bonus: At any time you can purchase the complete Word of Promise® Audio Bible Old & New Testament which includes the complete NKJV Bible text and audio.

In addition to this amazing audio, the Word of Promise App features:

The Word of Promise® Audio Bible has won three Audie Awards from The Audio Publishers Association’s (APA) Audies competition. The audio Bible project took home more Audies than any other title when it was crowned the winner for the “Audio Drama,” “Inspirational/Faith-Based Non-Fiction,” and “Package Design” categories. The Audie Awards is the only awards program in the United States devoted entirely to honoring spoken word entertainment.

“The cast members were well-chosen. The sheer number of actors and the direction and the quality were effective, impressive, well-packaged, well-organized, and well-done. WOW! This is an audiobook people will hear about for a longtime,” noted the Audie Award judges.

“The Word of Promise® Audio Bible was a labor of love and I feel truly blessed for it to be honored with three Audie Award awards,” says producer Carl Amari. “Over four years of work and thousands of man hours went into both the creation and promotion of this project and to have The Audio Publishers Association recognize it in this way is a great honor.”