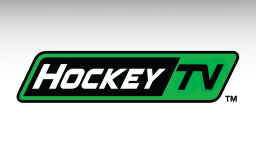 Hockey fans can watch the games when and how they want as HockeyTV.com offers multiple options for visitors enjoyment. From live streaming media to archives on-demand visitors can enjoy games from anywhere in the world. In some cases, users can own the content either on a USB Stick which is mastered in web quality or in high quality DVDs which are burned on site.

The Company was founded in 2005 and has grown ever since adding thousands of games each year for fans thirsty for incredible amateur hockey content. HockeyTV is partnered with National Governing Bodies, including USA Hockey, Hockey Canada and the ACHA. The Company serves several NCAA college athletic conferences, a majority of junior hockey leagues in the USA, a growing array of junior hockey teams in Canada, prep schools, and youth hockey teams. The Company provides professional production services for over 2,000 showcases and tournament games, including the World Junior Championship, World Under 17 Challenge, World Under 18 Championship, and National Tournaments for the ACHA, Hockey Canada, and USA Hockey.