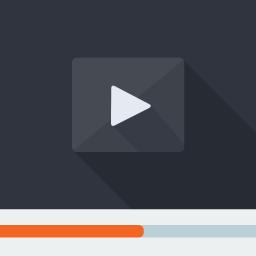 vPlayer is one of the simplest and powerful video players on the AppStore. It has excellent support for almost all formats including MKV, AVI, XVID and also features subtitle file support. Adding files to the app is as easy as drag-and-drop from iTunes.

vPlayer offers a clean and simple way to access video not just on your iDevice but from any other uPNP/DLNA enabled device. It also support WiFi and CIFS/SMB protocol. The player has a minimal and neat interface and gets the job done without getting in your way. You can also interact in realtime with the file format and make interesting changes such as audio channel selection and subtitles selection.

vPlayer support most popular internet streaming protocols, including http, rtmp and rtsp, both on WiFi and 3G/4G networks. It also offers the ability to do direct downloads from your files on your Local Area Network.