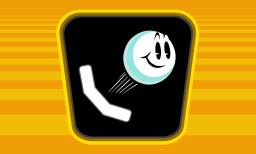 Super One Player Pong: it’s like that popular arcade game, except you can play it ALL BY YOURSELF!

Lets face it, you don’t have many friends. Don’t worry about it, neither do I.

That’s why I made Super One Player Pong.

In my youth, I used to go to the arcades, and marvel at all of the fun multiplayer games, with their shiny lights, and their bleeping and blooping noises. I would reach up and put my quarter on the monitor, letting the other arcade attendees know my intention to play the winner, and stand next to the machine, eagerly awaiting my turn. When the game ended, however, both players would always walk away from the machine, hand in hand, leaving me to stare longingly at the attract screen, or even worse, put my quarter in and awkwardly play with myself.

Maybe nobody wanted to play with me because I didn’t shower much as a child, or maybe it was the fact that I wore an athletic cup over my pants. Or maybe it was because this was a haunted arcade, and all of the other people were in fact ghosts, and thus couldn’t communicate with the living. I didn't know what it was, and darn it all, I didn't care! "People should always be able to play fun retro arcade games," I would say to myself, “...regardless of how many “friends” they have!"

I slaved away on my opus, spending every waking hour of the next few weeks tweaking and tuning and programming and building and living and loving and dancing and dying, until finally I had completed it: Super One Player Pong! It was marvelous; from its simple design, to its elegant presentation, the arcade cabinet was like everything I had wanted to play, but unlike everything I loved before it, I could actually enjoy it.

I rushed down to the local arcade, eager to show off my creation, to have it join the other three dozen machines that had taunted me with their required social normality. But alas, when I turned the corner on Sylvan Street, and walked the fifteen steps to the location of the arcade, there was nothing but a fence surrounding a crater in the ground, a crater where the old arcade used to stand.

There was an old man smoking a pipe nearby the crater, I asked him if he knew what had happened to the arcade. He gave me a funny look at first, almost as though he was sizing me up, trying to determine if my question was made in jest, and then said, “That old arcade’s been dead for going on fifteen years now. I reckon they're turning the lot into an auto body shop. Or was it a women’s clinic? My dang memory’s got the best of me these days”.

My jaw dropped. Had I underestimated the time I had spent working on the game? Had it really been fifteen years that I had been down in the basement, pounding on an old keyboard, trying to make magic out of a few RAMs and a floppy disk cassette? That would certainly explain my long beard and malnutrition, as well as the fact that my new puppy, Sparky, had died the previous week, seemingly of old age. But no, that couldn’t be the case! The only logical solution had to be that the arcade that I had played in, nay, grown up in, was nothing more than a ghostly vessel, a spiritual ship for spirits passing through on their way to the afterworld, a lone ghost ship on the river styx. And I, well, I was now the captain.

(Without you guys, I wouldn't know how to code a game. Or anything. Thank you.)

This game was made with Unity3D
www.unity3d.com