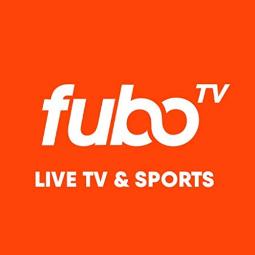 TV SHOWS & MOVIES, LIVE & ON DEMAND
fuboTV has over 10,000 hours of on-demand TV shows and movies. So you can catch up on acclaimed series and blockbusters from ABC, CBS, FOX, NBC, Comedy Central, MTV, AMC, Bravo, E!, TLC, Nat Geo, USA, SHOWTIME®️, FX and more. Plus, with a fuboTV account, you can log in and stream entertainment from 25+ other apps.

NEVER MISS ANOTHER PLAY
30 hours of Cloud DVR space are included with every account. Need even more? Upgrade and get up to 500 hours of Cloud DVR space. Record anything, start watching on one device, and finish on any other. Forgot to hit record? No problem. You can replay nearly any game, show or movie that aired in the last 3 days with 72-hour Lookback.

WATCHING LIVE STREAMS
Like YouTube TV, ESPN +, Bleacher Report Live, Sling TV and others that offer live sports as well as mostly entertainment streaming services like Netflix, Hulu, HBO NOW, Disney +, Pluto TV and Amazon Prime Video, a high speed connection, whether through a mobile data plan or internet provider like Comcast Xfinity or Spectrum, is required to live stream from a phone, tablet or connected device like Roku.

If you enjoy your fuboTV trial, do nothing and your membership will automatically continue for as long as you choose to remain a member. fuboTV membership is a month-to-month subscription that begins at sign up. You can easily cancel anytime, online, 24 hours a day. There is no contract or cancellation fee. Just sign up to get started!

This app features Nielsen’s proprietary measurement software which will allow you to contribute to market research, like Nielsen’s TV Ratings. Please see nielsen.com/digitalprivacy for more information.