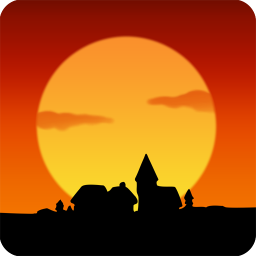 Catan, the legendary strategy game provides gaming fun anytime, anywhere.
True to the original game, you can compete with up to four players for the most settlements, the longest roads and the largest army. You can trade with each other and claim the precious land with all its resources.
The game allows you to challenge other Catan fans online via cross-platform multiplayer to prove your strategy skills.
But also various computer opponents, each with their own individual characteristics, will prove themselves worthy competitors: the pirate Jean, who knows no compromise, Vincent the merchant, who never allows himself to be cheated, Sean the knight, who takes what is rightfully his...
The popular Catan expansions Seafarers, Cities & Knights and two new special scenarios are available as In-App purchases.
The complete Seafarers expansion includes more than 10 additional scenarios with an extensive campaign. Become Harbormaster, discover new islands and extra game elements like ships, treasures and pirates. Ahoy!
The Cities & Knights expansion with a short campaign and 7 challenging maps introduces various new gameplay mechanics that add even more variety to Catan. Invest new trade goods to build one of the three metropolises of Catan – but beware of the barbarians attracted by Catan’s wealth! You’ll need your best knights to fend them off!
Exciting adventures await you in the two new scenarios Enchanted Land and The Great Canal. Vanquish dragons and bag their treasures or build a canal to help barren grain fields bloom once more.
Features:
- Available languages: English, German, French, Dutch, Spanish, Portuguese
- Optimized for smartphones and tablets
- Original "Settlers of Catan" rule set
- Synchronous online multiplayer games
- Smart computer opponents with individual strategies
- Scrollable game board including zoom option
- Freely combinable game settings
- Game statistics
- Comprehensive tutorial
- Seafarers LITE: New scenario The 4 Islands and two additional game variants
- Cities & Knights LITE: Test the new expansion in the scenario The first Island
- 3 different graphic sets to choose from
*****
FAQ:
Question: Why do I have to download additional files after purchasing?
Answer: The download from Amazon includes the basic game data and a tool that will determine your device’s display resolution and then download the optimal graphics data for your device.
Question: I lost my campaign progress after reinstalling, updating from or when restoring my device. Is there any way to restore it?
Answer: We’ve integrated a cheat code in case data can't be restored automatically: Enter campaign mode and go to select player. Enter „CatanWarp*“ (* = 1–15, e.g "CatanWarp5") as your player name and confirm. Exit the game and manually close the app. Restart Catan. The campaign can now be continued from the specified level number by selecting “New scenario *”.
*****
*****
Suggestions for improvements and feature requests? Mail to android@usm.de
When contacting our support team, please provide details on the type of device and Android OS version used as well as a detailed description of the issue. Thank you!
*****