This App Annie Games Index for South Korea brings you the hottest mobile gaming properties across both the iOS App Store and Google Play for this special region in May 2013. To find out what’s happening with games and apps globally, please check out our other May 2013 App Annie Index reports for Games and Apps, and also our special Index report on games in Japan.

South Korea is a unique app marketplace in that domestic publishers dominate the competition. Of the twenty-seven unique games covered in this report, only seven of them were published by companies based outside of South Korea. Games published for the Kakao platform were supporting this trend, with 쿠키런 (Cookie Run) for Kakao leading the way as the most downloaded game in South Korea in both the iOS App Store and Google Play for May 2013. Kakao has since announced in July 2013 that it surpassed 100 million users, further cementing its position as the leading mobile platform in South Korea.

Another interesting dynamic in the South Korea app market is the volatility of their top download charts. Of the fourteen unique games featured in the top-downloaded game charts for the iOS App Store and Google Play, all but one were released between April and May. Kakao has proven to be a very effective distribution platform that can quickly catapult an app to the top of the rankings.

Local publishers held a firm grip on the top-ranked iOS games in South Korea by downloads, taking the top four spots and seven of the top ten. The only foreign publishers to make the top ten were from France (Gameloft), China (com.digitalcloud) and the United States (Kabam). Every game developed by a South Korean publisher except for Dark Avenger at #6 was designed for Kakao, a popular Korean social networking platform.

The volatility of this market is evidenced by the fact that six of the top ten iOS games by downloads were launched in May and the remaining four games were released in April, but one constant was 쿠키런 (Cookie Run) for Kakao maintaining its position at #1. Iron Man 3 - the Official Game from French publisher Gameloft climbed two spots to #5 after it was launched on April 25th, one day before the South Korean premiere of Iron Man 3 in theaters.

Two new games in the top ten, GAMEVIL’s Dark Avenger at #6 and com.digitalcloud’s 드래곤 베인 (Dragon Bane) at #8, were featured on the iTunes Home Page for South Korea in May, and Dark Avenger was actually featured in twenty-two additional countries as well. Dark Avenger, which was released on May 2, 2013 and already translated for global distribution, debuted as a highly ranked app in a number of other markets in addition to South Korea. Chinese publisher com.digitalcloud released the Chinese version of Dragon Bane in July 2012, but this popular MMORPG title was not published in English and Japanese until April 2013, followed closely by its May launch in South Korea. 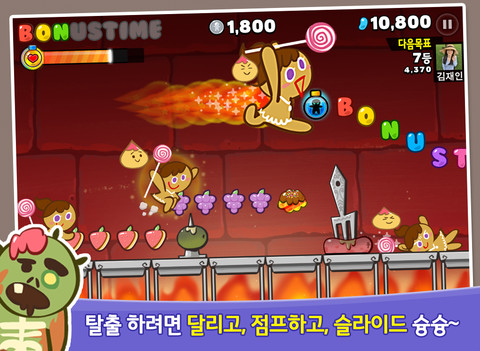 Even more than iOS, local South Korean publishers dominated the Google Play download rankings for May. Only one foreign publisher, Gameloft, cracked the top ten. Even then, its Iron Man 3 - the Official Game had to climb 112 spots in May to reach #10. Iron Man 3 - the Official Game is also the only game by a foreign publisher that ranked in the top 10 monthly downloads for both the iOS App Store and Google Play.

Similar to the top of the iOS monthly downloads ranking, games produced for the Kakao platform dominated the top of the charts. 쿠키런 (Cookie Run) for Kakao retained the top position followed by four more games designed for Kakao. 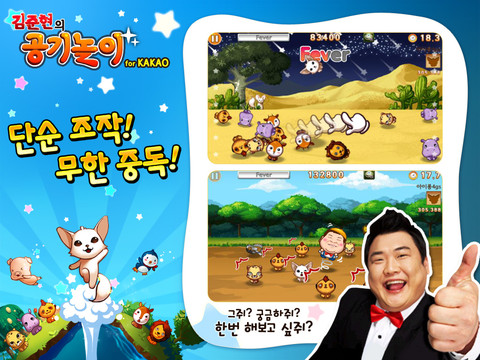 마구마구2013 (Magu Magu 2013) for Kakao, released in early April, jumped seven spots to become the top ranked game by iOS App Store revenue in May. #2 ranked 밀리언아서 (Million Arthur) is the Korean version of the popular Japanese card battle game by Square Enix who partnered with Actoz Soft for their South Korean release. 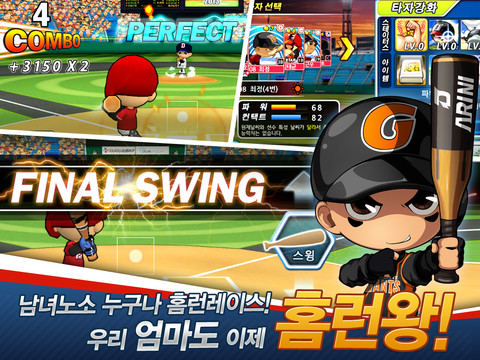 마구마구2013 (Magu Magu 2013) players can play by themselves or have the option of challenging a friend to a game.

Five of the top 10 ranked games by iOS App Store revenue in May belonged to the Role Playing Strategy category, including the Japanese smash hit, Puzzle & Dragons, which held on to its #4 ranking. Supercell’s Clash of Clans climbed five spots to rank #7 and became the second highest revenue generating game in the top 10 developed outside of South Korea. GungHo Online and Supercell also announced that their blockbuster games Puzzle & Dragons, Clash of Clans, and Hay Day would include special cross-promotional features for two weeks starting June 24.

Fincon, the publisher of 헬로히어로 (Hello Hero) for Kakao, ranked #5 for revenue in the iOS App Store for May 2013 (and #6 for revenue in Google Play), has partnered with publisher GameOn for this 3D role playing game’s Japanese release this summer. Similarly, Japanese publisher Pokelabo has announced a summer launch for Palmple’s #8 ranked 데빌메이커: 도쿄 (Devil Maker Tokyo) for Kakao in Japan.

com.digitalcloud’s 웅패천지 (Kingdom Overlords), along with their title 드래곤 베인 (Dragon Bane) (currently #9 by iOS App Store downloads for May in South Korea), have been translated and released in Chinese, Japanese, English and Korean. While Dragon Bane’s English version targets the US market, 웅패천지 (Kingdom Overlords)’s English version has been launched for Southeast Asian countries such as Vietnam and Indonesia.

South Korean game app publishers swept the rankings on Google Play revenue in May. 쿠키런 (Cookie Run) for Kakao rose 2 spots to take the #1 position and 마구마구2013 (Magu Magu 2013) for Kakao jumped 2 spots to take #2. Every title in the top 10 game apps by monthly revenue was published for the Kakao platform and five of the top 10 are included in the Casual category. 윈드러너 (Windrunner) for Kakao ranked #3 in both the iOS App Store and Google Play for monthly revenue in May. Windrunner was published in Japan for LINE, a Japanese popular social networking platform and also performed strongly in the App Annie Japan Games Index for May 2013. 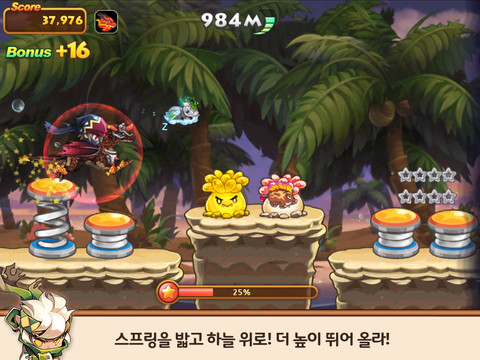 윈드러너 (Windrunner) for Kakao ranked #3 in the top 10 games by monthly revenue in South Korea in both the iOS App Store and Google Play.

Anipang for Kakao rose a couple spots to claim the #5 spot on the list. One of the two earliest games on the Kakao platform released in July 2012, this match 3 puzzle game quickly shot up the ranking and has been a model of consistency despite the volatility of rankings for new games released for Kakao in this category. Anipang for Kakao has ranked in the top 10 overall apps for South Korea every month since September 2012. 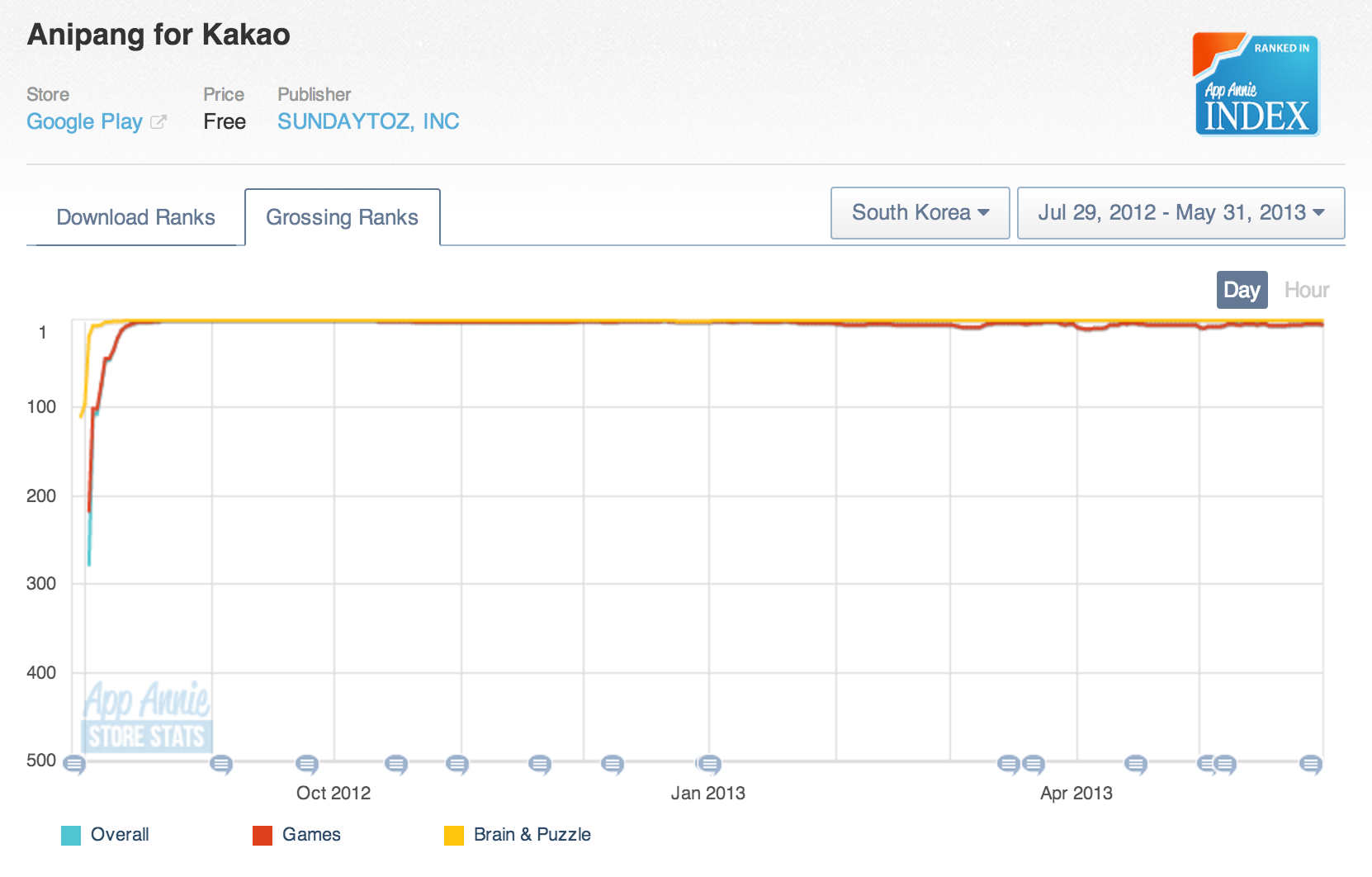