This App Annie Games Index brings you the hottest mobile gaming properties across both the iOS App Store and Google Play for Japan in May 2013. Japan is a special app marketplace in that the tops of the charts are dominated by apps from domestic publishers. Few foreign publishers have succeeded in breaking into what has long been regarded as one of the most lucrative games markets in the world.Of the 24 unique games covered in this Japan report, only three of them are published by foreign companies.

The top-ranking games for May 2013 in Japan were dominated by the Puzzle, Arcade, and Action categories. Particularly successful titles included:

* Master of Chaos and Flash Interspace were released in May 2013, so they had no Rank Change vs. April 2013.

The top-downloaded iOS games in Japan was the only chart in May that was not 100% dominated by Japanese companies. Three of the top 10 games here were published by foreign companies: Social Quantum (Russia), Gameloft (France), and Koramgame (China). Popular iOS game genres in Japan included Action, Puzzle, and Role Playing. As in the previous month, LINE continued to have three games in the top 10 in Japan.

ぷよぷよ!!クエスト (Puyo Puyo!! Quest), released in March 2013, moved up four spots to take the number one position in the iOS App Store in May. Similar to Puzzle & Dragons, Puyo Puyo!! Quest combines tile-matching puzzle game Puyo Puyo with role-playing features. Puyo Puyo is one of the most popular puzzle video games in Japan and has been ported to many handheld gaming platforms.

Five games were new to the top 10 in Japan this month: 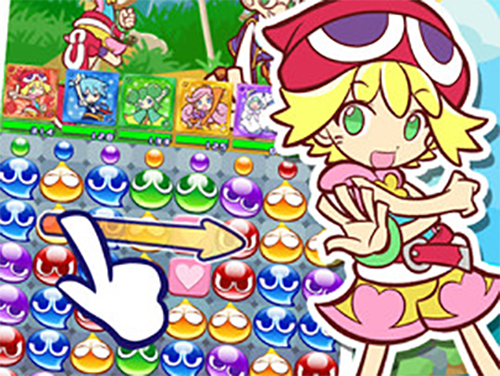 Puyo Puyo!! Quest was the top-downloaded iOS game in Japan in May 2013

*パズドラ攻略＆ゲリラ時間割！図鑑・スキル・コンボ動画・魔法石 (Puzzle & Dragons pictorial book & Guerrilla Dungeon Schedule) was released in May 2013, so it had no Rank Change vs. April 2013. It also was removed from Google Play at the beginning of June.

On Google Play, Japanese publishers had a clean sweep of the 10 most-downloaded games in Japan in May 2013. As on the iOS App Store, the top games on Google Play were almost all Brain & Puzzle and Arcade & Action games.

LINE JELLY moved up 4 spots to the top of the chart in May. With the exception of Puzzle & Dragons, publisher LINE swept the top five spots for top-downloaded Google Play games in Japan.

Other notable risers in the May 2013 rankings included the following: 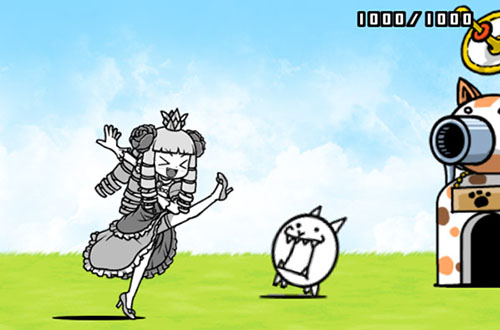 Princess Punt appeared on the Battle Cats stage in Japan

The top 10 grossing games in the iOS App Store were dominated entirely by domestic publishers.

Puzzle & Dragons was the #1 grossing game in Japan across both the iOS App Store and Google Play for yet another month. In mid-May, GungHo Online announced that this game had achieved 14MM cumulative downloads across the app stores.

Another example of how GungHo Online collaborates with other companies for cross-promotional purposes is that from May 27 to June 9, Puzzle & Dragons worked with the popular Japanese animation movie Evangelion:3.33. Players were able to collect special cards that featured characters in the movie. 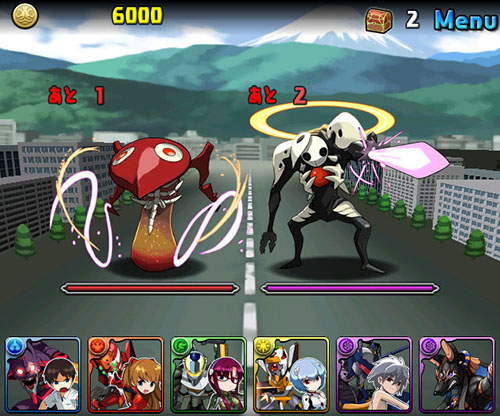 Yet another example of collaboration is seen with GungHo Online and Supercell announcing that their blockbuster games of Puzzle & Dragons, Clash of Clans, and Hay Day would include special cross-promotional features for two weeks starting June 24. 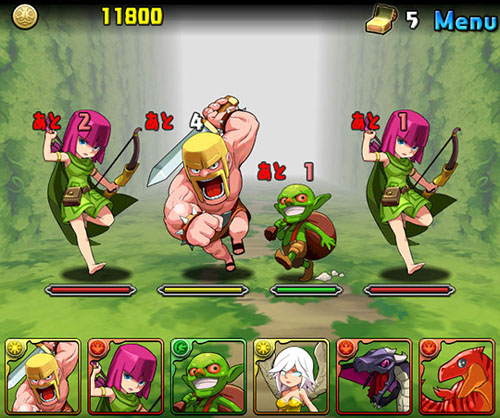 COLOPL’s プロ野球PRIDE (Pro Baseball PRIDE), a Japanese professional baseball card collection game, kept its #2 ranking in May. This game has surpassed 3MM cumulative downloads across both iOS and Google Play since its launch in April 2012.

GUNDAM AREAWARS from publisher Namco Bandai Games is a card battle game featuring the popular Japanese animated TV series GUNDAM. This is the oldest game in this month’s rankings, as it was initially released September 2011. Since its major version upgrade in September 2012, it has maintained its consistently high ranking.

ラブライブ！ スクールアイドルフェスティバル (Love Live! School Idol Festival) from publisher Klab moved up 14 spots to take the number six ranking. Love Live! is a multimedia rhythm and adventure game that includes music CDs, animation videos, books, and other items. This game was launched for iOS in April 2013, and has since been brought over to Google Play in June 2013. It is in the process of being expanded beyond smartphones as well, and will be released for the Sony PlayStation Vita handheld gaming platform in the spring of 2014.

Rounding out the top 10 for another month was COLOPL’s 秘 宝探偵 (Treasure Detective), a classic style role-playing card battle game. It was initially launched in Japan on Google Play in January 2012 and on the iOS App Store in February 2012. Subsequently, it was brought to a Korean app store in November 2012. Then in May 2013, COLOPL partnered with a Taiwan publisher and released this game for both the iOS App Store and Google Play in Taiwan.

"In particular, our new title 'Quiz RPG' released in March has already achieved two million downloads in three months since its launch, and we feel that this title is becoming one of COLOPL's smash hits. Treasure Detective and Pro Baseball PRIDE have also performed solidly for over a year since their launch.Through a series of updates, renewals, recognition of the user's voice and holding regular events, we have stepped up the ‘game’ so that players can continue to enjoy playing for a long time. Success can, in large part, be attributed to finely-tuned operations for not only new games but existing games. We will continue to strive towards creating fun and creative games not just in Japan but for all over the world."

暴走列伝 単車の虎 (Tiger of a Motorcycle) from Donuts is a unique avatar game that lets players form a motorcycle gang, fight with other gangs to buy motorcycle parts, and then customize their own motorcycles with those parts. In May, this game remained in the top 10 for another month. This game has been a longtime seller: It was previously released on the Mobage platform for feature phones in back January 2011. After its success on Mobage, it was brought to Google Play in January 2012 and then to the iOS App Store in March 2012. 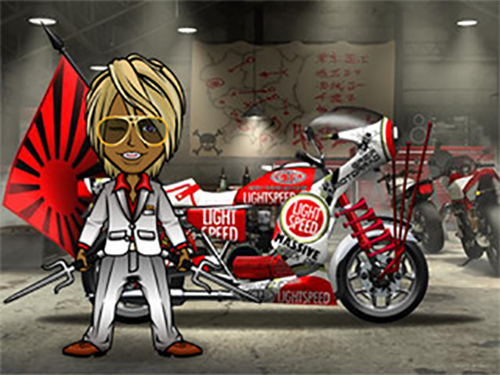 暴走列伝 単車の虎 (Tiger of a motorcycle) has been a longtime seller in Japan across feature phones and smartphones.