In this month’s Apps Index, we bring to you the top-performing publishers and apps outside of games across both the iOS App Store and Google Play. Starting this month, we have split up the App Annie Index into two parts: a Games Index and an Apps Index (i.e. everything but games). This will provide you with more focused insight into the different publishers and apps that are leading the app stores today.

When it comes to apps other than games, social networking and communication apps have been driving much of the revenue growth over the past year. These apps continued to lead many of the rankings in February 2013, as shown further below; rankings were largely stable as compared to last month, in contrast to the larger shifts that we saw in the Games Index. A few notable apps that did rise up the charts quickly were:

This top 10 list contained mostly US- and Chinese-based publishers, and included a few new entrants compared to last month. Keyloft shot up the rankings to seventh place, thanks to the success of its iMadeFace app. Baidu also entered the top 10 after rising five spots. Evernote entered the top 10 as downloads of the Penultimate iPad handwriting app took off in February. At the end of January, this app received its first major new update since Evernote acquired it from Cocoa Box last year. At the same time, the app’s price was dropped from $0.99 to free and it was promoted on the iTunes home page across numerous countries around the world for one week. 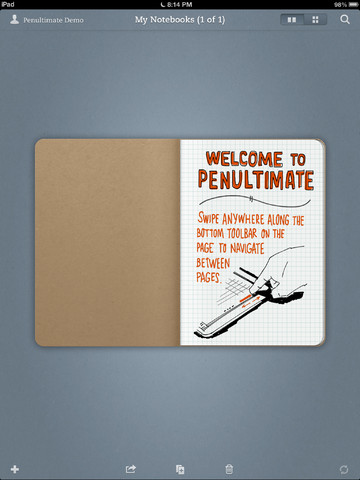 This month’s list was relatively stable compared to last month, with just one new entrant, J2 Interactive, which moved up three spots. This US-based developer provides apps that enable users to watch videos on their mobile Android devices.

Publishers that achieved top 10 status across both iOS and Google Play were Facebook, Google, Microsoft, and Outfit 7 (publisher of the various Talking Friends apps).

As with the other top publishers lists above, this one also was dominated by US-based publishers and mostly included the same publishers as the month before. The one new entrant vs. last month was Intuit. Taxes are going mobile as Americans are embracing the time-honored tradition in a mobile environment. Intuit is taking a lesson from the freemium model used in gaming. Rather than charging users on the front-end as they had done with their PC product, Intuit is giving users the product for free and charging them only for the completed filings. While the company’s downloads diminished in February, its revenues were strong, as Americans ramped up their tax filings.

* Previously, the Google Play apps made by publisher GREE were in the Games category. As a result, the publisher GREE did not have any rank based on non-game revenue or downloads. One of the publisher’s apps (GREE itself) has since been shifted to the Social category, however. Accordingly, the GREE app is being reported in the Apps Index. Please see the footnotes at the end of the App Annie Index for more information on app categorization.

Japanese and South Korean publishers dominated the Google Play game revenue rankings that were published in the Games Index earlier this week. They also held the top few spots in the non-game rankings above, based on the strength of their Social and Communication revenue.

Publisher GREE took the top spot above. It has moved its GREE app out of the Games category into the Social category, which allows the publisher to qualify for these non-game rankings. Note that the Google Play GREE app’s revenue comes from users making in-app purchases to acquire virtual coins that they can use across the rest of the GREE platform, which includes numerous games.

Fast-rising publishers this month included WhatsApp and Intuit, the latter of which shot up across the iOS and Google Play platforms as the United States tax filing season got in full swing.

* iMadeFace did not make it into the Top 1000 apps in the previous month, so it had no rank. Accordingly, Rank Change is not available.

The top two apps continued to be YouTube and Google Maps, which are no longer preinstalled on the device starting with iOS 6. These two apps have been responsible for giving Google its #1 publisher ranking in the iOS App Store in recent months.

Meanwhile, Apple earned its #2 ranking through downloads of Podcasts, Find My iPhone, Find My Friends, iTunes U, and iBooks. As alluded to in last month’s App Annie Index, users are now prompted with the option to download those five free Apple apps the first time that they access the Apple App Store while using iOS 6.

This month’s fast mover was iMadeFace, which enables users to create cartoon-style faces easily. After a December 2012 release, the app started to gain traction in the US earlier this year, rising hundreds of places to take the number one ranking in early February. 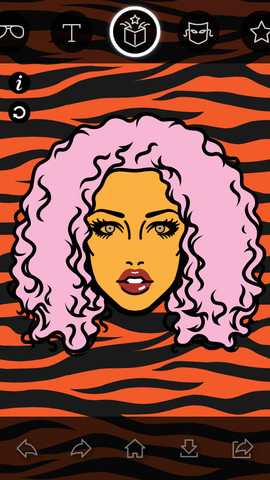 iMadeFace made the top 5 with its popular cartoon-style faces

Instagram also entered the top 10 this month after moving up two spots.

This month’s top-downloaded apps were primarily Social and Communication apps, as they were last month. Facebook continued to have three apps ranking in the top five.

Among top-grossing iOS apps, iPad app Turbo Tax 2012 from Intuit was the new entrant. The Social Networking apps that were discussed in last month’s App Annie Index also continued to monetize well, with LINE, WhatsApp Messenger, Zoosk, and Badoo in the lead worldwide. Productivity apps Pages, Keynote, and Numbers from Apple all remained in the top 10. 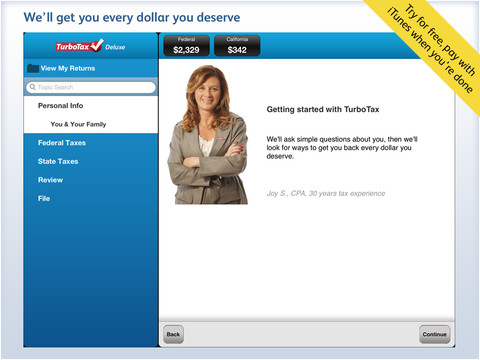 * Previously, the Google Play GREE app was in the Game category. As a result, the GREE app did not have any rank among non-game apps. The publisher has since shifted this app to the Social category, though. Accordingly, it is being reported in the Apps Index. Please see the footnotes at the end of the App Annie Index for more information on app categorization.

Similar to the iOS App Store, Google Play also saw Social and Communication apps peppering the top-grossing list. WhatsApp Messenger in particular had a huge jump in February. As discussed in in last month’s App Annie Index, this app traditionally has monetized through $0.99 downloads on iOS, but implemented a subscription model for its newer Google Play version launched January 2012. The first year is free, after which a $0.99 per year fee kicks in. This app successfully began to monetize on Google Play one year after it launched, and has been moving up the ranks since . It is possible that the iOS version could shift to this subscription model too in the future for new users.

The other new entrant to this list was Intuit’s TurboTax SnapTax, which came in at #4.