The App Annie Apps Index brings you the top-performing publishers and apps outside of games across both the iOS App Store and Google Play. To find out what’s happening in game apps, please check out our Games Index.

The rest of the May 2013 Apps Index continued to feature several photo & video apps in the download rankings, and social networking and communication apps in the revenue rankings.

* iPhones and iPads come with a number of built-in apps from Apple. Since built-in apps are not downloaded from the iOS App Store,
they do not count towards Apple’s downloads rankings above.

Compared to the Games Index, the Apps Index tends to include more United States-based publishers, particularly on iOS. The exceptions in this list were Out Fit 7 and Chinese heavyweights Tencent and Baidu. 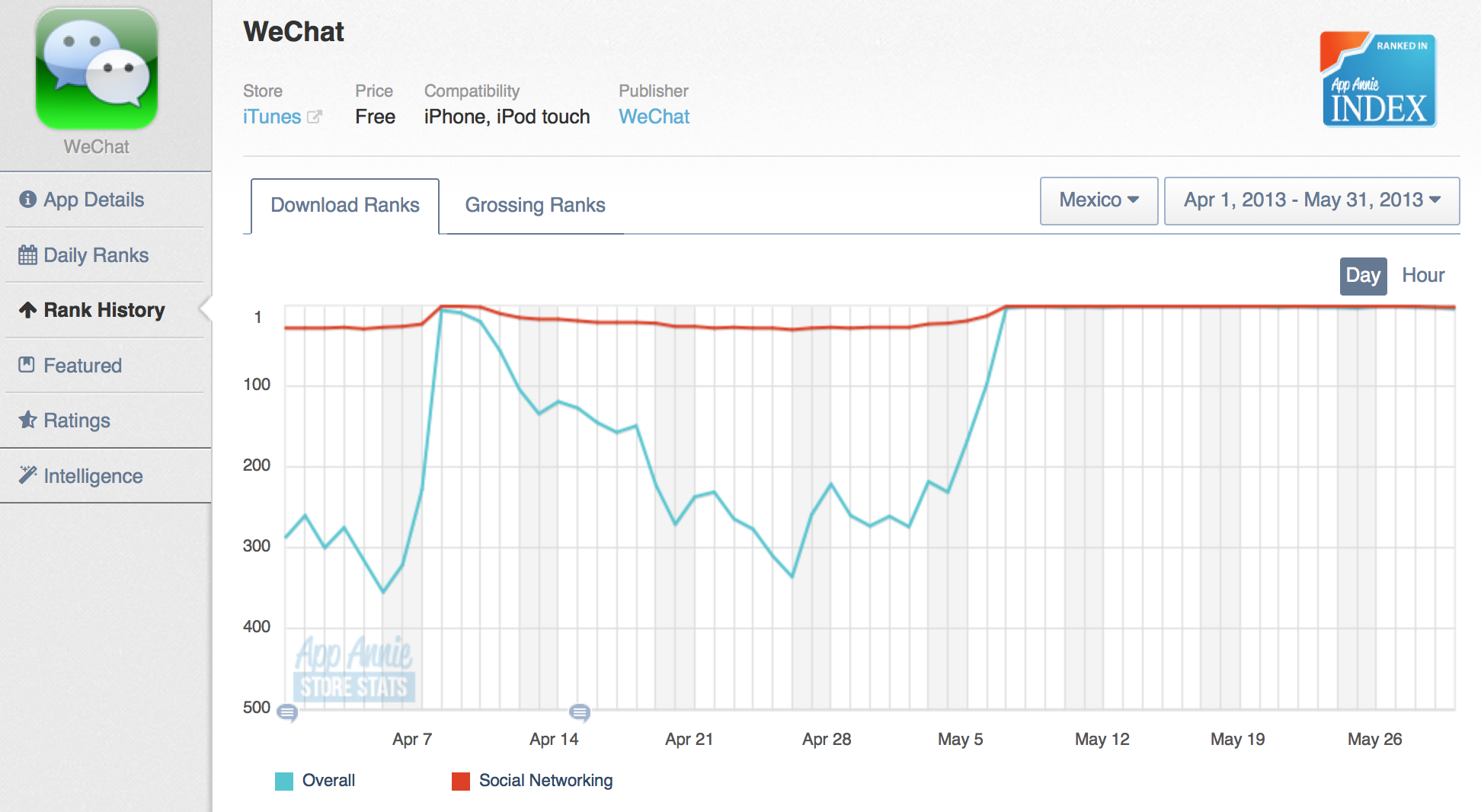 WeChat's international downloads are helping to globalize its app audience

* Some apps published by Google come preinstalled on some Android devices. Since preinstalled apps are not downloaded
from Google Play, they do not count towards Google’s downloads rankings above.

Compared to the iOS App Store, Google Play had a more diverse international presence among the top publishers based on non-game downloads, though the United States still had many of the top ten publishers in May, as it did in April.
Overall, the top ten did not see a lot of shake-up this month.

At the very top of the chart:

As with April, the top ten publishers in May were mostly based in the United States. The top three publishers remained the same from April to May, with Pandora, Apple, and LINE forming the top trio of iOS App Store publishers by non-game revenue. Disney and Microsoft were the two additions to the top ten list in May.

LINE and GREE led for another month. Meanwhile, Pandora moved one rung up the ladder into third for Google Play non-game revenue, which was based on the performance of a single app. Netherlands-based publisher TomTom moved up two spots to enter the top ten.

* iPhones and iPads come with a number of built-in apps from Apple. Since built-in apps are not downloaded from the iOS App Store,
they are not included in the downloads rankings above.

Snapchat traded spots with YouTube to reach the top spot in iOS downloads for the first time this year. Google made a good showing overall, again with a diversity of offerings; Google placed three apps within the top ten. 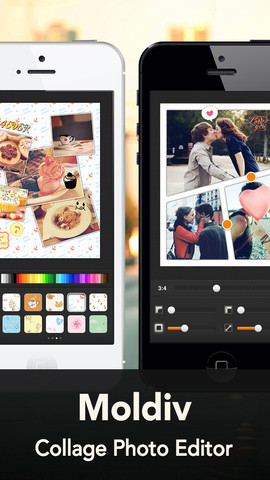 * Some apps published by Google come preinstalled on some Android devices. Since preinstalled apps are not downloaded from
Google Play, they are not included in the downloads rankings above.

United States publishers continued to be well-represented among the top-downloaded apps across both platforms. The top five apps in this Google Play list all hailed from the United States, similar to what we saw the previous month.

Overall, these Google Play app download rankings continued to be dominated by Communication and Social apps:

Tiny Flashlight + LED moved into the top ten to become the lone app to fall outside of this Communication and Social clique. 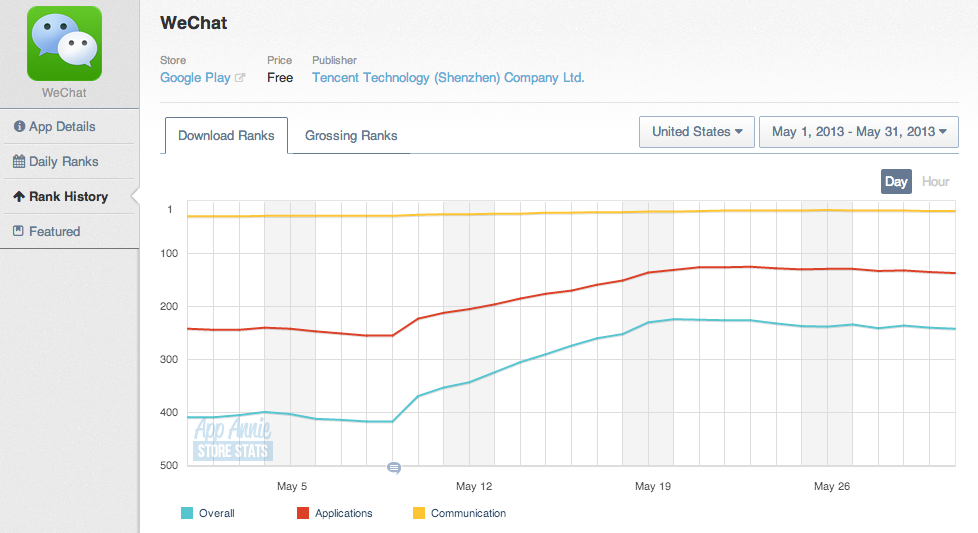 Most of these top-grossing non-game apps were again published by United States-based companies, as was the case in April.

Pandora users kept the app at the top of these non-game rankings for a second month in a row. Among the rest of the top 10, Social Networking apps were prevalent; there were a total of six in the May rankings, the highest total to date in 2013. Skype moved up ten spots to round out the list. Dating app Zoosk was another big mover, sliding ahead three spots to reach the top five.

Zoosk moved into the top five in May for iOS revenue

LINE and GREE again topped the list. Pandora continued its steady climb and moved up one spot into the top three. LINE 占い (Fortune-telling) made the largest leap to the top ten by moving ahead 96 spots. 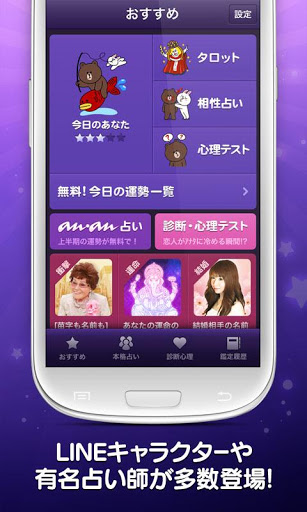 For those of you who also are looking for an update on game apps, please check out the Games Index.