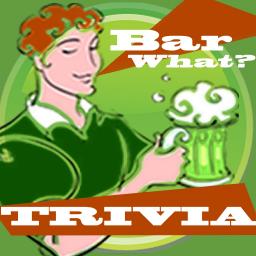 Check out the download rank history for BarWhat? 10000+ Trivia Game in United States.

BarWhat? trivia guessing gameshow climbed gaming charts to #1 in Ireland and UAE, #3 in Japan, #4 in Australia, Sweden and Denmark, #5 in Canada, #7 in the USA and Denmark, #9 in Switzerland and #11 in the UK! BarWhat? is featured on CBS Interactive, CNET, ZDNET, App Annie, Gamespot, Applyzer, Broadway World, ToonFirst,Top Apps 24, Formidapps, and so many other leading app review and tracking websites. Now BarWhat? 10000+ Trivia Questions is available for universal devices downloads. Fantastic!

Also featured in 150 other countries, and probably even more in the past.

Find out what users think of BarWhat? 10000+ Trivia Game by reading the reviews and checking the rating.