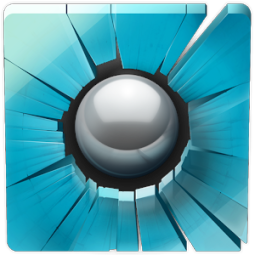 Check out the download rank history for Smash Hit in United States.

Rank History shows how popular Smash Hit is in the Google Play, and how that’s changed over time. You can track the performance of Smash Hit every hour of every day across different countries, categories and devices.

Take a surreal journey through an otherworldly dimension, move in harmony with sound and music and smash everything in your path! This experience requires focus, concentration, and timing to not only travel as far as you can, but also break the beautiful glass objects that stand in your way.

* Smash your way through a beautiful futuristic dimension, smashing obstacles and targets in your path and experiencing the best destruction physics on mobile devices.

* Over 50 different rooms with 11 different graphic styles, and realistic glass breaking mechanics in every stage.

Smash Hit is playable at no cost and free from ads. An optional premium upgrade is available through a one-time in-app purchase that will enable new game modes, cloud save across multiple devices, detailed statistics and the ability to continue from checkpoints.

Smash Hit was featured in Google Play on 7 placements in United States on Aug 20, 2018.

Groove as You Play

Groove as You Play > See more

Also featured in 97 other countries, and probably even more in the past.

Find out what users think of Smash Hit by reading the reviews and checking the rating.

3! It's an awesome game and I love it, but you can't do much without premium. My next update suggestion would be to be able to continue at thr checkpoint without the premium.