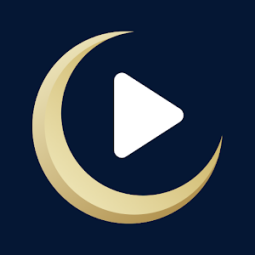 Check out the download rank history for HilalPlay in United States.

Rank History shows how popular HilalPlay is in the Google Play, and how that’s changed over time. You can track the performance of HilalPlay every hour of every day across different countries, categories and devices.

HilalPlay is a platform that offers a wide variety of Turkish, Arabic and International shows & films that are carefully and deliberately selected to meet all family values and standards. Gather your family members and friends, spend time together in front of HilalPlay's screen without any sort of worries or any kind of inappropriate content.

Curated content for Arabs, Middle-Eastern & Foreign viewers from all over the world, HilalPlay provides such a wide variety of perception broadening material, as it includes all genres of movies and series that everyone can find what they are fascinated by, as it includes Action, Comedy, Drama and History, etc… as entertaining as the content can get!

Our most distinctive criterion at HilalPlay relies on the superb quality of streaming across all mediums, be it cell phones, tablets, laptops, computers & smart TV screens, in addition to the luxury of downloading and watching later feature with no internet connection granting you the privilege to never miss an episode again.

Our goal & aim is to bring together everyone who is looking for high-standard entertainment, which is why our vision is fairly straightforward and it is to strengthen family bonding in front of a TV screen and watch everything they would want, without worrying about any sort of controversial material because simply, there won't be any.

What are you waiting for? Go ahead and enjoy HilalPlay.. Download NOW!

Find out what users think of HilalPlay by reading the reviews and checking the rating.

Love the app and the content Hilal play is providing especially for the kids, I would be very grateful if they add other varieties of cartoons. God bless you..