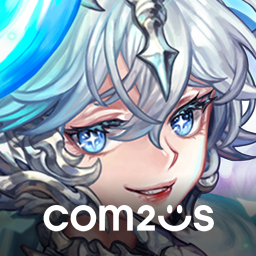 Check out the download rank history for Dragon Blaze in United States.

Rank History shows how popular Dragon Blaze is in the Google Play, and how that’s changed over time. You can track the performance of Dragon Blaze every hour of every day across different countries, categories and devices.

You're the only one who can solve the mystery of this never-ending war!

Get ready to go on an adventure in Dragon Blaze.

■ High quality RPG with an intriguing storyline!
- You'll encounter many dangers as you try to solve the mystery of the never-ending war.
- As Boden's descendant, you are the only one who can save this world.

■ Enjoy the fun of collecting hundreds of allies.
- Make the characters from the stories into your own allies.
- Travel with powerful allies.

■ Leveling up your party is easy!
- Challenge combined dungeons to level up quicker!
- Try different formations and party effects.

▶ No permission for access will be requested when using this app.

** This game is available in 한국어, English, 日本語, 中文简体, 中文繁體, Deutsch, Français, Русский, ไทย
** There may be additional costs when trying to obtain certain items.

Dragon Blaze was featured in Google Play on 3 placements in United States on Apr 05, 2018.

Also featured in 65 other countries, and probably even more in the past.

Find out what users think of Dragon Blaze by reading the reviews and checking the rating.

Very good i love it

Hi developer, There are 45 heroes that still doesn't have new 1st impact look. Are they going to remain like that or this game is coming to an end soon? Because I notice you keep release new 2nd impact character, but doesn't have any new adventure story.

Confusing af and who tf thought it was cool to make leveling up a character depend on a random gatcha system? "Oh uhm..... i didn't get 5 duplicate cards guess i cant level her up this week"