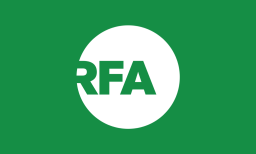 Check out the download rank history for RFA+ in United States.

Rank History shows how popular RFA+ is in the Apple TV Store, and how that’s changed over time. You can track the performance of RFA+ every hour of every day across different countries, categories and devices.

Radio Free Asia’s mission is to provide accurate and timely news and information to Asian countries whose governments prohibit or restrict access to a free press. RFA adheres to rigorous journalistic standards of objectivity, accuracy, and fairness. RFA aims to retain the greatest confidence among its listeners and to serve as a model on which others may shape their own emerging journalistic traditions.

RFA is a private, nonprofit corporation, funded by the U.S. Congress through the United States Agency for Global Media, and independent federal government agency that oversees all U.S. civilian international
media. RFA has a legislative firewall that bars interference by U.S. government officials in the execution of RFA’s mission of providing reliable journalism to audiences otherwise deprived of uncensored, accurate press.In addition to providing oversight, USAGM works with RFA to ensure the professional independence and integrity of its journalists.

Find out what users think of RFA+ by reading the reviews and checking the rating.