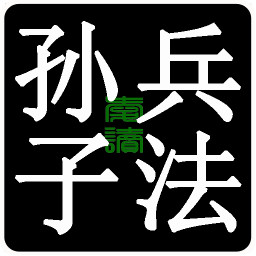 Check out the download rank history for Art of War in United States.

Rank History shows how popular Art of War is in the Amazon, and how that’s changed over time. You can track the performance of Art of War every hour of every day across different countries, categories and devices.

" Art of War" is one of the earliest extant book on military strategy , but also the world's first book on military strategy , a total of 13 . On Sun Wu , Spring and Autumn Period Qi people , birth and death unknown . He suffered king lu reuse, as will the Wu , Wu Zhijun auxiliary power for strong military Wu made an important contribution .
"Art of War " content , including the war , the army and the basic problems of discourse strategies, tactics , operational principles , methods, and so on. It profoundly pointed out war and political and economic relations , the outcome of the war made the decision five basic factors are political, weather, geography, generals , legal, and political factors, first and foremost ; it presents many outstanding ideas , such as " Zhibi friends , know yourself , the enemy is unprepared , surprise , the enemy without fighting the soldiers , good and good , too " and so on, many issues reflect the general law of war .
" Art of War" discusses the problems of war , but also contains many valuable philosophy . The book said, " Zhibi friends , know yourself " and " victory for the enemy " that the two sides must fully understand all the circumstances , in order to achieve victory in the war , requiring the war against the enemy and I both various factors affecting the outcome of war for a comprehensive understanding and comparing it to predict the outcome of war , reflecting the simple materialistic tendencies.
" Art of War" and rich in dialectics , the book explores a series of war-related conflict confrontation and transformation , such as the enemy , Away, Zhonggua , strong or weak , offensive and defensive , advance and retreat , victory or defeat , is surprising , the actual situation , Yong cowardly , work and rest , movement, Yu Zhi , Li suffering , and death and so on. " Art of War" particular attention to the conditions of transformation of these opposites . One of the most important is the people's initiative . That the outcome of the war depends not only on the objective situation , but also on the war subjective guidance is correct. On the one hand , it says "victory shows , and can not as" that victory can be predicted , but can not be wished to obtain . The other to say "victory for the people." As long as the two sides of the case study , whereby the right to determine their own actions , play to their strengths and avoid their passive and use the enemy's weakness caused by the enemy's passive , you can create the conditions for victory . "Art of War " is the various contradictions in the study and transformation of the war on the basis of the conditions put forward its war strategy and tactics. "Sun in the art of war " on the question of war embodied in dialectical thinking , dialectical thinking in ancient China as an important part of the development of dialectical thinking in China occupies an important position in the history .
"Art of War " in the philosophy applies not only military , but also wide attention from all sides , is used in many other fields ; some modern entrepreneurs , but also the "Art of War " in the dialectical thinking , military strategy used in enterprise operational and commercial war to go. " The Art of War" a book of significance far beyond the scope of the art of war .

Find out what users think of Art of War by reading the reviews and checking the rating.