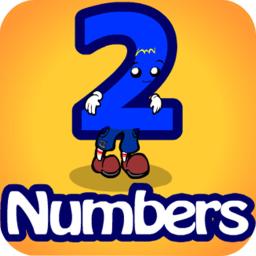 It's Preschool Prep Company's iPhone game: Meet the Numbers! Featuring the number characters from the award-winning DVD Meet the Numbers, your little one can test their knowledge about the numbers by picking them out as they are called!

Three numbers appear on screen in black print. The narrator calls out the name of a number, and when your child taps the correct number it transforms into the character from the award-winning DVD: Meet the Numbers. Large numbers make it easy for little fingers to tap, and fun celebratory music in each scene encourages them to play over and over again!

BE SURE TO CHECK OUT OTHER PRESCHOOL PREP COMPANY GAMES IN THE APP STORE! As well as other Preschool Prep Company products at: www.preschoolprepco.com

*There have been known compatibility issues with iOS version 7 or older, please update your device software via iTunes if you are having issues with this or any of our other apps.