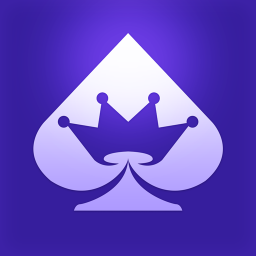 ★★★★★ Six-plus hold 'em (also known as short-deck hold 'em) is a community card poker game variant of Texas hold 'em, where the 2 through 5 cards are removed from the deck. Each player is dealt two cards face down and seeks to make the best five card poker hand from any combination of the seven cards (five community cards and their own two hole cards).

- 🃏Easiest Texas Hold'em: 6+ porker rules are simple. It has the thrill of cosino slot or blackjack21, while retaining the skills of Hold'em. It's friendly to both begginer and master Texas players
- 💰More Chips: 6 people use short deck games, which greatly accelerates the rhythm of the game and improves the excitement of the game. You can win more chips at the same time.
- 🥊League Season: Take part in the weekly exciting season, earn points and earn your rank honor
- 🎁Free bonus: Rich bonus and rewards, you can get bouns every 4 hours every day, and get rewards for level up or rank up and so on.
- 😄Interesting interactions: You can watch other people's games and send them interesting interactive expressions.

The rules in terms of betting structures, play of the hand, and showdown are the same as in Texas hold 'em. However before play begins all cards 2 through 5 are removed (16 cards), thus the total number of cards in the deck is 36.

Aces are high, but same as in Texas hold 'em, can make both low and high end of straights. For example the lowest straight would be (9x-8x-7x-6x-Ax) and the highest (Ax-Kx-Qx-Jx-10x). This changes the probability of hands and alters hand rankings.