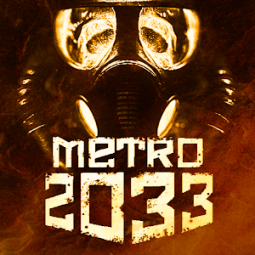 Metro 2033 Apocalypse game is definately one of the best post apocaliptyc games ever released bringing an ultimate level of hardcore tactical zombie strategy games based on the post apocalyptic rpg novel series by Dmitry Glukhovsky. Become a cyberpunk stalker and survive in the most advanced offline team management survival shooter .
The underground post apocalyptic survival games adventure takes place in Moscow Metro , USSR , after a nuclear war turned Moscow into the offline cyberpunk zombie survival zona and made the whole human civilization move into an offline subway dungeon and survive .
In 2013 the once great world saw a giant nuclear bomb strike that forced everyone last of us who could survive hide in the city subway and start a massive nuclear war combat between the alliance to take the Moscow Metro under control.
The great war apocalypse forced the last of us to survive among zombie and now there is no chance to escape the subway because of the extreme radiation level outside. Metro station now became abandoned city smash full of radiation and fallout shelter occupied by mutant alliance and different monsters where people fight zombies for survival and act like real day r heroes.
You are the last of us main combat hero of post apocalyptic offline survival turn-based rpg and tactical games . You've spent your whole life after in the USSR underground and have not ever seen anything outside the xcom combat nuclear bunker. But now you have to escape and raid other survivors’ territories and conquer the radioactive nuclear zona full of apocalypse mutants and walking dead cyberpunk zombies .
Amazing post apocalypse survival rpg adventure through the Metro 2033 Wars has just begun!
Metro exodus 2077 underground survival is a cyberpunk rpg , an offline games role-playing stalker 2 strategy like walking dead , frostpunk , xcom 2 or tactical games. You will develop turn-based offline strategy , save the ammo, monitor radiation city smash , manage the fallout shelter , study the habits of mutants , team up with real day r heroes and survival war combat groups. Your life after depends on the gas mask integrity. Escape and take part in scary quests , like in cyberpunk or exodus and use a solid arsenal of weapons.
There isn’t much light in our apocalypse rpg and fallout shelter zona , but amazing graphics make the game scary, as if you were in stalker 2 or in frostpunk . Underground locations of Moscow subway reflect the horror atmosphere of subway stalker tunnels, life after effects and noises occur very often, and sometimes you have to rely not on turn-based stalker tactical strategy , but only on flashes to find your way in darkness of the last shelter .
• detailed game world of post apocalyptic games after a nuclear war full of adventure ;
• dangerous apocalypse mutants and zombie , extreme nuclear zona & dungeon ;
• a variety of ammo & impressive upgrade system;
• exciting quests , missions and battles, the ability to team up with different heroes;
• best graphics in the ussr and impressive sound effects;
• realistic soviet gameplay, scary tactical quests , Moscow underground radiation city smash and escspe nuclear fallout shelter ;
• lit role-playing adventure , like day r , xcom 2 , stalker 2 , frostpunk and exodus.

Still the game is great and I love the metro series and I played all the metro games last light,2033,exudus I didn't complete the book but I will soon, and thank u for the hard work 👏🏻🙏🏻

Can your team add sandbox mode and it lot of bug