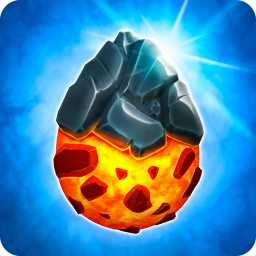 Collect, raise and battle the ultimate monster fighting force and lead them to victory as Monster Legends! Collect new monsters and uncover unique skills you can use in action packed battle games. Build a world for them in unique habitats and take them with you on an exciting quest as you battle to prove yourself a true Monster Master.
Action awaits when you battle in Team Wars. Collect and customize your monsters, using runes to make them stronger! Some monsters are impressive, while some are just a bit peculiar. Will you be the next monster master?

With over 40 million players already building, collecting and battling, Monster Legends is a beast of an action game!
Do you have the bravery, skill and technique to become a Monster Master? Find out with Monster Legends, the action RPG that will put you in charge of the kingdom! Download today and start training!