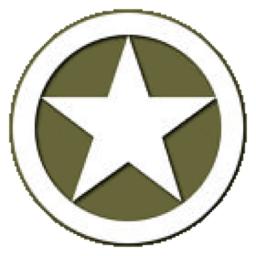 Combat Mission Battle for Normandy faithfully recreates the experience of tactical land warfare in Western France during World War Two. Using the unique Turn-Based (WeGo)/Real-Time hybrid game system of our proprietary CMx2 battle engine, the first installment in this new series covers the three months after the Allied D-Day landings in Normandy in June 1944, from Operation Overlord in June through the Cobra Breakout in August.

At the player's fingertips are a large array of carefully researched US and German Army formations, equipment, and vehicles in what is probably the most versatile, genuine and powerful battlefield simulation to date.

Vehicles are simulated in greater fidelity in CM:BN than what was possible before. The new system allows not only for exponentially greater data modeling, but also the best visuals provided yet with the extremely detailed hi-polygon 3D vehicle models with articulated suspensions, animated hatches, MG and weapon mounts and smoke launchers. From the extensive damage modeling individually for each sub-system including the most realistic ballistics, armor and post-armor effects available to date, to the randomly individualized vehicle models (including external equipment like sandbags or ammo boxes, wheels and tracks, damaged fenders and more).

Unlike many other games, CM:BN offers far more than a limited handful of maps and missions. In fact, CM:BN delivers endless replayability: Besides two semi-dynamic campaigns, one from each side's perspective, you will find dozens of standalone missions, full two-player capability for both online play as well as Play-By-Email (PBEM), and an innovative and almost entirely overhauled QuickBattles system including troops purchase, "cherry picking" and map selection and preview.

And that's just what comes with the game. Players have full access to a full featured Mission Editor to create their own maps, missions, and campaigns. If making new battles isn't your thing, then simply enjoy what others make by downloading them for free. There are more Combat Mission scenarios to download than any person could play in several lifetimes.

Play the game as you want, against the AI in Realtime or Turn Based Mode or against another Human player in Realtime TCP/IP or WeGo in PBEM (Play by Email) and Hotseat.