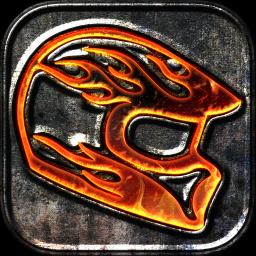 New ROCK(S) RIDER - HD EDITION, designed for the newest devices, has already been available on the App Store now! Don’t hesitate and try it out!

Rock(s) Rider has been featured by Apple as "Editors' Choice" in 48 countries!

"Rock(s) Rider is looking to stand out from the crowd by offering some fairly unique modes and vehicles for the genre…" -- 148apps, 4/5

"The graphics are great, the soundtrack is superb, and the gameplay is pure adrenaline." -- AppAdvice, 4.5/5

"It provides a series of tricky physics based puzzle like challenges, coupled with amazing 3D graphics and highly functional controls." -- iFanzine, 4/5

"Rock(s) Rider is an excellent game with stellar graphics, great gameplay and control customisation for any player." -- App-Score, 9/10

"Rock(s) Rider easily becomes a must have for anyone that’s a fan of the genre and looking for a challenge." -- AppStoreArcade, 9/10

"Rock(s) Rider is a great arcade style motorbike game, which is not common on the App Store." -- MacTrast, 4/5

"I have played numerous motorcycle games and have not found one that is as much fun to play or that played as well as this game does." -- CrazyMikesApps, 4.5/5

Know that feeling? Put earplugs in, shake them with the rock, start the bike, and with the roaring engine accomplish the impossible. That’s the new Rock(s) Rider. Show them what you’ve got and reach the finish line despite the various obstacles, junk, and pitfalls. Let's rock and ride!

As always, your 5-star iTunes ratings and reviews keep the updates coming.

Visit our homepage at www.eca-games.com
Follow us on Twitter at www.twitter.com/ecagames or like us on Facebook at www.facebook.com/ecagames to get more info about all our upcoming titles.
Check out our videos and game trailers www.youtube.com/ECAGamesOfficial