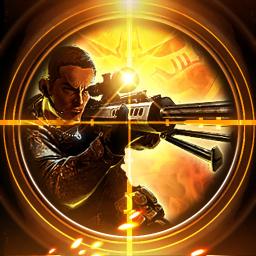 *NOW FREE for a LIMITED TIME!*

line up behind the scope and start RACKING up HEADSHOTS in this visually stunning 3D take on MODERN WARFARE...

"isniper 3d offers a sense of depth and scale so far missing from the sniping specialists already in the app store."
-pocketgamer.co.uk

"in terms of visuals, isniper 3d hits the mark."
-pocketgamer.co.uk

you are an elite sniper for GATO (global anti-terrorist organization), and an unsung hero in the war against new terrorism. three months ago, you stopped a biological missile attack with a last minute bullet.

now, a new threat is emerging. HEAVEN, the world's largest and most well connected global terrorism group is preparing for action. retirement is no longer an option. a mysterious phone call convinces you to get back on the job, and join GATO's new special forces unit, GST.

but this is just the beginning...