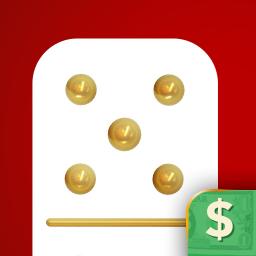 When you play, Dominoes Gold, you’re play the classic board game dominos for real world prizes!

Challenge your opponent by playing identical games versus the computer. See who can defeat it by more. The winner earns real prizes!

Join the Skillz community and compete in domino tournaments for prizes! Best your opponents with the highest score before time runs out. Play the computer first in the classic domino game Fives then compare your score to an opponent. Whoever has the highest score in Fives will win real world prizes!

Classic Board Game with a Twist!
- Competitive dominos games for prizes!
- Insanely addicting domino games to train your skills
- Fast-paced domino games played in real-time. Get the highest score before time runs out!

Competitive Dominoes Tournaments
- Play tournaments of the popular dominoes game Fives against the computer
- Compete in daily domino tournaments for a chance to win real prizes!
- Compare your score against real dominoes players. Whoever has the highest score wins real world prizes!

Love the classic board game domino and the popular game Fives (also known as Muggins, All Fives, Five Up and Doer Di)? Then it’s time for to take your domino skills to the next level with Dominoes Gold and compete in daily domino tournaments for real world prizes with Dominoes Gold!

Download today for free and join the dominos tournaments to win real prizes!

Helps you learn to count dominoes and strategize!

Why it crash every time I play for money

It’s cool til u start playing for money. Then all of a sudden it times out. Then u can’t get ur money back. It seems like somewhat of a scam when u try to play big. It always happens

This is the best game and competition you can find online point blank period!!!💯💯