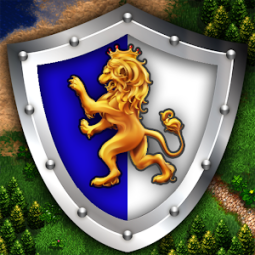 YES! Now you can explore a new world full of war and magic in turn based strategy game - Magic World with your epic heroes.

This is a sequel to the popular heroes magic game from the same developers. Collect heroes, upgrade units and explore new worlds. Duel players in epic rpg turn based strategy battles, play epic heroes and magic. Your enemy is one of fantasy world factions dungeon creatures from abandoned caves like: mighty dragon, necromancer, mage or Minotaur. You can also fight as a knight in these free rpg adventure games.

***👑3 HEROES PVP ARENA***
Duel enemies, battle and cast epic spells
***🐲BATTLE PVP ENEMIES ON LARGE MAP***
Build and upgrade your empire
***🤴EXPLORE EPIC DUNGEONS***
Bring the 4 elements: fire, water, air, earth
*** 🐉TURN BASED STRATEGY GAMES***
Challenge to build your army and by collecting eador cards your army might become first in the world for free
***⚔️COLLECTING CARDS, HEROES, CHEST AND SPELLS***
Find your role in the war and magic might help you in battles with dragon and mage
***🗡️DEFEND CASTLES AND KINGDOMS***
You can play with legion minotaur, kingdom stronghold, rampart, necropolis or overlord warlords
***🛡️NEW 8 MAPS WITH EXPLORE***
Consider, that you might use magic to trick the opponent and defeat their kingdoms and obtain their loot
***🏹AGE OF MAGIC RPG ARENA***
For each fantasy world there is a chest after a successful challenge
***🧙3 DIFFERENT CAMPAIGNS AND MULTIPLAYER***
Defend castles and kingdoms and be the best in the world for free
***PVP ARENA AND MULTIPLAYER LEADERBOARDS***
Find your role in the war and magic your spells

I like it but my characters cannot progress past level 26. The experience just keeps resetting.