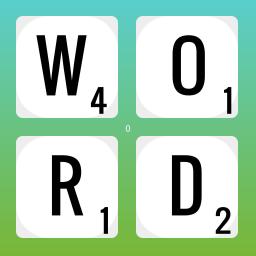 That Word Game™ is a word game that's a cross between Scrabble™ and Boggle™. You're given 15 letter tiles and one minute. Score as many points as you can by making words. Each letter has a certain number of points associated with​ it and the word score is made up of the sum of the letter values multiplied by the number of letters in the word.