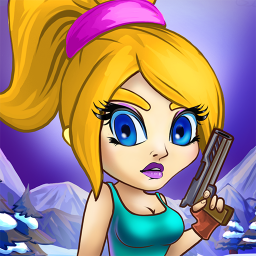 Looks like it’s all over for the humankind – monsters are roaming the streets free! All the survivors were forced to make hideouts at the top level of the city. Are you going down or are you fighting for your life?
In Armed Monster Chase it’s just you, your gun and hoards of monsters strewn around the rooftops. You got two jobs: shoot and run, so better take them seriously! Fall into a trap or let the monster get too close – and you’re done for. It will take all your focus to make your way through the debris and take enemies down at crazy pace.
As you plow down the enemies, don’t forget to pick coins they leave behind. There’re still people around who might have some bigger guns for you to buy and use to advantage!
With Armed Monster Chase you’re getting:
- An endless runner platformer full of drive and action;
- An obstacle course and a shooting challenge rolled together;
- Extra entertaining gameplay thanks to the in-game currency;
- Cool visuals – a striking view of the city skyline.