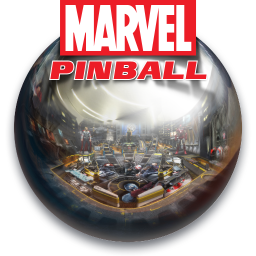 All Marvel Pinball tables are 50% for a limited time!
Marvel Pinball combines the greatest Super Heroes of all time with the definitive videogame pinball experience of all time. Use your pinball wizardry to help the legendary Marvel Universe heroes rid the pinball landscape of notorious Super Villains in an epic combination of superhuman might, immersive gameplay, and unprecedented table visuals!
The inital Marvel Pinball download comes with Marvel's The Avengers table. Other Marvel Pinball tables can be purchased as in-app purchases.
**For players already enjoying Marvel Pinball tables in Zen Pinball, we want to give you a heads up that there is no way for us to transfer purchases or make tables available in both apps. Thanks for your support!**
Tables include Spider-Man, Wolverine, Iron Man, Blade, Ghost Rider, Moon Knight, Thor, X-Men, Fantastic Four, Captain America, World War Hulk, The Infinity Gauntlet, Fear Itself and Civil War.
Marvel Pinball continues to be one of the highest rated Metacritic rated games of all time!
What the press have to say:
In a sense Marvel Pinball is the best mix of comic books and retro and modern gaming.
Zen Studios goes the extra mile with plenty of options and multiplayer experiences for users to enjoy. - IGN
Marvel Pinball is a must-have for pinball fans. Zen has proven time and again that they are the best at what they do, and what they do best is pinball. - The Adrenaline Vault
Naturally, the table artwork is gorgeous, doing the Marvel license proud, and the animated characters that leap around the playfields always enhance the look. - OXM
These tables are pretty friggin' cool. - G4TV
Marvel Pinball remains one of the best downloadable games on any system. - Game Rant
Download Marvel Pinball now!